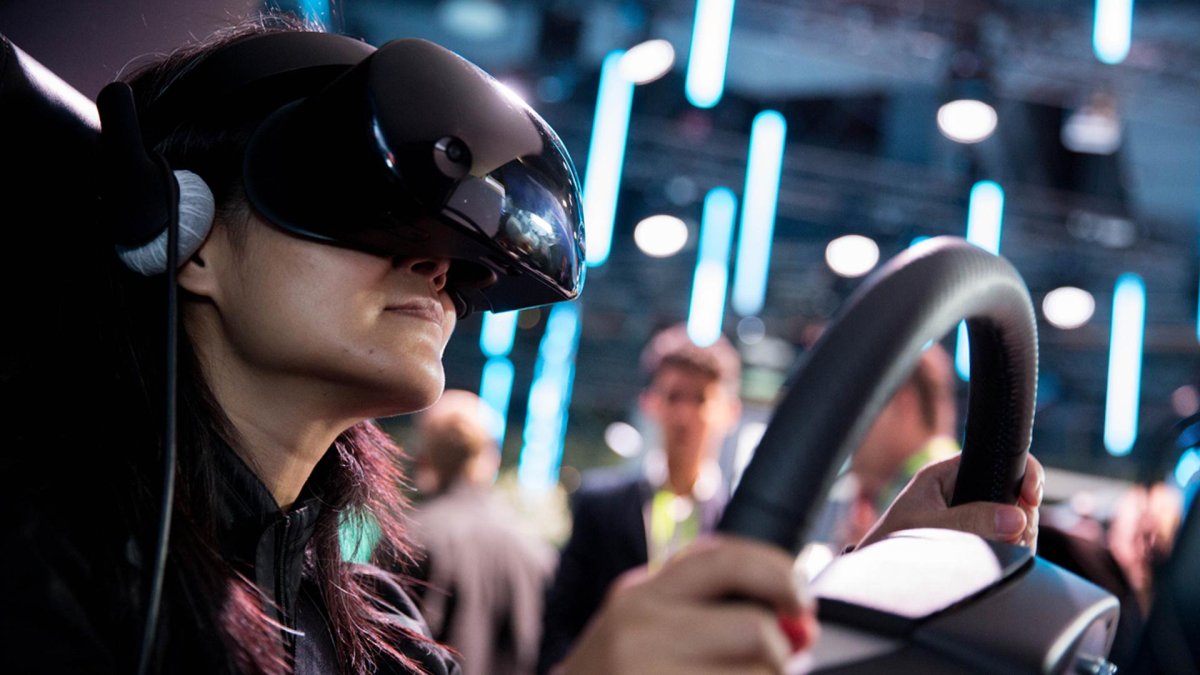 We had a great time this year at CES with our partner Intel to help promote our VR motion solutions powered by 8th Generation Intel® Core™ processor-based PCs with Intel® Optane™ technology.

Our booth & VR demo was a hit with everyone and we had a great time showing the power of VR systems and their current and potential applications in multiple markets.

Take a look at the video from Engadget below.

This fall has been a very busy time at VR Motion Corp.   We completed a successful second demo with the US Air Force at F.E. Warren AFB in Cheyenne WY with our channel partner, Skid Car System Inc. 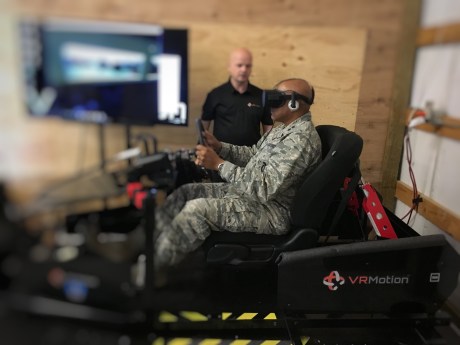 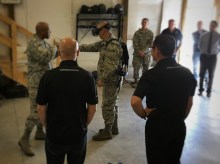 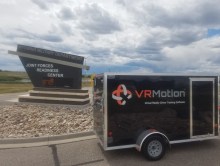 Our team continues to grow and we are delighted to have secured a part-time contract position with Barry Zundel. Barry is an experienced developer with startup experience and senior positions at Disney and Pixar.  We completed a lengthy interview and video with AutoWerkz, to be released on their website AutoWerkz.tv. We have secured marketing materials at SEMA and CES thanks to two great articles in www.autonewsonline.com and were a featured in a number of write-ups online.

Demonstrations have been completed in Silicon Valley with large county school bus driver training team, one of the largest fleet of interstate transportations companies, and one of the world’s largest food delivery companies to cap it all off! Collectively, these companies employ nearly 20,000 professional drivers and hire hundreds of drivers that need training every week. We completed Intel-sponsored Focus Groups on Teen Driving at our HQ in Hillsboro where we got significant group feedback from the CMD parent/teen focus group.  We were validated in the areas we feel are the strengths of our product. 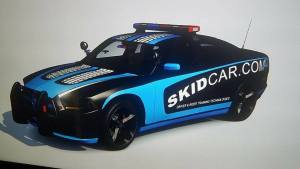 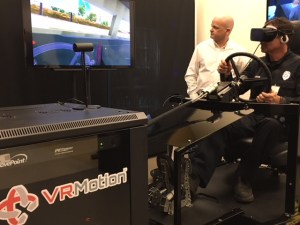 We were invited to attended the 2017 Regional First Responders Symposium at the Center for Emergency Solutions at Concordia University and had over 25 great demo’s to a wide variety of first responders.  Great TV coverage was provided by KATU News.

June and July have been exciting months for all of us at VR Motion!  Our founders have been in Mountain View, CA completing the 500 Startups Batch 21 program.  August 1st was our final graduation event – Demo Day. VR Motion was invited to join the General Motors sponsored track at 500 Startups. The purpose of the track is to support early-stage companies developing products, technologies, and services aimed at transforming mobility.

GM provided valuable direct mentoring that helps us better understand current and emerging needs in the hyper-competitive global auto industry.  We presented a 2-minute pitch and had our VR Test Drive of the 2017 Chevy Bolt EV set up in the demo area. Our developers had been leading the charge back in our Hillsboro, OR Development Center, getting the final touches on our software platform in time for Demo Day.

Many attendees lined up to get a taste of what “VR Driving” was all about. In the excitement, we lost track of the number of smiles that resulted. Stephen Nauman our lead developer, and Matt Plavcan – have jelled into a cohesive team that has made the development come together quickly.

We were delighted to be invited to attend SIGGRAPH with Intel and HP to showcase their latest technology in the HP Z VR Backpack PC. Now that Demo Day is behind us, we will be attending the grand opening of the newest location of our VR simulator at The Shop Club in Seattle, WA.  Dominic is busy following up with numerous investor leads in Mountain View, and Keith is back in Hillsboro

getting ready for our next two events – the Virtual 1962 GTO Experience at Concorso Italiano on August 19, and we were delighted to be asked to bring a similar experience to the Pebble Beach Concours Media Center from Wed. Aug. 16 through Sat Aug. 19. If you have never tried a true Virtual Reality experience, you will not want to miss this! After Pebble Beach, we head to Cheyenne, WY for another big demo at F.E. Warren Air Force Base.   The Air Force has been very interested in the opportunities that our training software provides and we expect to head home from there with progress towards providing our armed services with the tools they need to better train these young soldiers and air cadets.Once back, we have multiple demonstrations coming up potentially in China, Israel, and Portland, OR.  A large open-house and workshop are being planned for The Center For Emergency Solutions at Concordia University for later in November, we are really looking forward to working with this team of professionals.

VR Motion Corp. is honored to announce that we have been selected by 500 Startups in Mountain View, CA in Batch 21 (B21) for their 500 Seed Program to accelerate company’s growth like ours and others!

Batch 21 contained 31 selected companies from around the world (around 43 percent from international regions), with a wide range of focuses from topics like; VR (that’s us!), healthcare, conversational commerce, big data, financial technology, transportation, drone technology, and more.

The 500 Seed Program has accelerated over 600 companies and again VR Motion Corp. is very thankful and honored to be included in the list of those 600+ companies.

VR Motion Corp. will now spend the next four months going through the program.

TechCrunch also released new about 500 Startups Batch 21 which you can read here.

*Credit for images goes to 500 Startups.